Find your feet with salomon

When his father made beveled ski edges in his workshop, young Georges Salomon became intrigued in the development of skis and ski footwear. In the middle of the last century, he founded the Salomon company and became the inventor of the safe, modern ski bindings as we know them today. After also producing skis and snowboards, the company also moved into footwear for other outdoor activities beginning in the 1990s. They started with mountaineering and hiking shoes and today Salomon is also known for its wide range of high-quality trail running shoes, such as the Speedcross and the XA Pro 3D. These are special studded shoes that are more robust than regular running shoes and therefore more suitable for on unpaved trails. So are you going skiing, snowboarding, hiking or running in the woods? Salomon will get you ahead!

Watch a video about the Speedcross trail running shoe here. 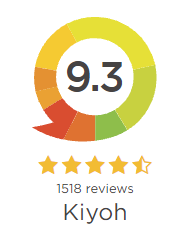